Get fresh music recommendations delivered to your inbox every Friday.

Cancer Is My Engine

by Iraqis in Pajamas 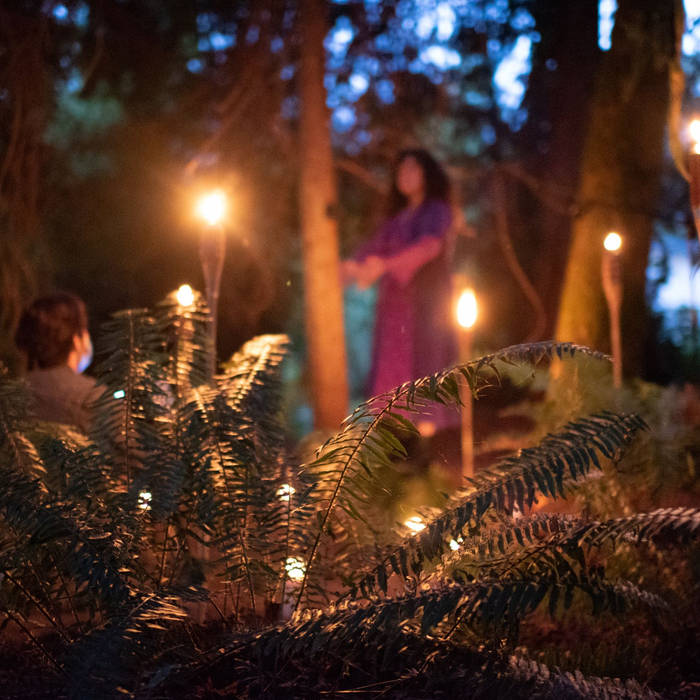 When Iraqis in Pajamas front woman Loolwa Khazzoom was diagnosed with thyroid cancer in 2010, she was not simply offered the option of surgery; rather, she was bullied into choosing that option, with one of the doctors telling her, in so many words, that she would die if she did not get surgery, emphasizing, “You can’t think your way out of cancer.” Health insurance companies added to the pressure, offering financial support for surgery but not for the astronomical cost of an all-organic diet, supplements, juicing, bodywork, natural and organic bath/beauty/home products, nutritional consultations, integrative oncology consultations, and the time required for preparing all foods from raw ingredients and for intensive mind-body-spirit lifestyle practices like dancing, listening to guided imagery CDs, cycling in nature, and so on.

Loolwa considered surgery but ultimately chose to reject that option, for several reasons:

1. Removing the nodules would do nothing to identify the cause of the cancer or provide a road map for changing the circumstances that led to its development. For all Loolwa knew, the thyroid cancer could return after removing the nodules, or a different cancer could emerge in its place. Loolwa strongly felt that she needed to root out and heal from the cancer, from a deep internal place – physically, emotionally, spiritually, and mentally.

3. Even in the best-case outcome with surgery, removing the thyroid gland might lead to issues of fatigue, severely compromising Loolwa’s quality of life. Not only would she be chained to pharmaceuticals for the rest of her life, but those pharmaceuticals might not work effectively; and they potentially could adversely impact her health, through unknown side effects.

4. The thyroid gland and vocal chords are either intertwined or pressed right up against each other, depending on one’s anatomy – meaning that the recommended thyroidectomy runs the risk of damaging one’s vocal chords. Loolwa’s life and soul are all about her voice, whether singing or speaking, and Loolwa felt strongly that she would rather die than lose her voice or live with a damaged one.

Three months prior to the cancer diagnosis, Loolwa sustained a debilitating auditory injury that unraveled her life, leaving her on the verge of homelessness by the time of the cancer diagnosis – replete with an eviction notice, one of her services turned off, and another one of her services on the verge of being turned off. During this time, Loolwa also was caring for her mother, who had sustained a traumatic brain injury a couple years prior. Meanwhile, Loolwa received no financial support, despite repeatedly asking for help, and she only received the caregiving support offered by the state of California. Despite the extreme circumstances and high stakes that she was facing simultaneously, on numerous fronts, Loolwa chose to rise above it all and pursue a holistic path of healing, following the calling of her soul.

It was at this time that Loolwa launched her PR company, realizing that despite being featured in top media like the NY Times and ABC News, her previous startup – Dancing with Pain™ – had too steep of a learning curve to be immediately profitable. She further realized that everyone wanted to be a “rock star” and that she had the talent to make them into one, meaning she could make good money and fast. And so Loolwa dove into launching her PR company, spending 10-16 hours a day making cold calls and working with new clients, all the while intensively researching and implementing holistic options for healing from cancer and caregiving for her mother. Meanwhile, she felt isolated – among other considerations, staying away from the local Jewish community, for complex reasons related to the community’s inadequate education about and compassionate response to domestic violence.

Despite everything she had been through in her life up to that point, this period was hands-down the most terrifying, and additionally was one of the loneliest, that Loolwa ever had experienced. It was 100% risk. And as a close friend of hers later pointed out, 100% faith.

The Song
From the time she was a little girl, Loolwa was devout in her religious beliefs. One Hebrew prayer in particular, sung on the high holy day of Yom Kippur, made her whole being feel profoundly connected to G-d. Here is the English translation:

In “Cancer Is My Engine,” Loolwa begins with the original English words below, then belts out the Hebrew prayer above, with all the music stopping for the last Hebrew words, “He brings to Life.”

This song is about faith. It is about believing in one’s self, one’s voice, and one’s Creator; about rising above the arrogance and fear-mongering of conventional medicine; and about risking without a safety net – simply and purely following one’s spiritual calling, like diving off a cliff and invoking wings to sprout from deep within. It is also about the paradox of cancer, namely, that cancer can serve an indicator that something in our lives needs light, attention, love, and change – thereby turning cancer into an opportunity for awakening, healing, transformation, and wholeness.

Lastly, this song is about the healing powers of energy. During her years living with chronic pain, Loolwa discovered that pain was powerful energy that was stuck, trapped. She further discovered that she could create an internal assembly line, through which she could recycle pain to heal itself: She would tap into the pain, mentally strip it of its negativity so that it became raw energy, infuse it with love and healing, then put it back into the place of pain – which often then stopped hurting.

Ultimately, this song is itself a prayer, the setting of an intention, that just as Loolwa healed from chronic pain through dance, so will she continue healing from cancer through singing – which, ironically, would have been endangered through a thyroidectomy, the only course of action prescribed by conventional medicine.

©2018 by Loolwa Khazzoom. All rights reserved. No portion of this article may be copied without author’s permission.

Iraqis in Pajamas (see IraqisInPajamas.com) fuses Iraqi Jewish prayers with original indie rock and personal storytelling, singing in Judeo-Arabic, Hebrew, and English. In turn vulnerable and angry, haunting and inspiring, the band disarms audiences, opening them to deep contemplation about trauma, healing, and transformation. The band operates as a nonprofit, and donations are tax deductible. ... more

Bandcamp Daily  your guide to the world of Bandcamp

Kari Faux drops off her deluxe album 'Lowkey Superstar' plus tunes by Shunaji and Samplelov.